What makes a Holiday tradition? It’s what families pass down to their children over the decades, even over the centuries. By necessity, oftentimes in the city, modern families give up some of those valued traditions, things like cutting their own Christmas trees, singing Christmas carols through the neighborhood, big family dinners, impossible in many city-size apartments.


Living out in the country in Montana, we’re fortunate to be able to enjoy a lot of old-fashioned traditions. A seven-foot evergreen tree, a fire in the big rock fireplace, snow-covered mountains outside the windows, deer wandering through the fields. We always have a big family supper on Christmas Eve, and everyone opens a few of his gifts. Christmas morning, the grandkids come over to open whatever is left beneath the tree and enjoy a Sunday brunch.


This year, along with the usual celebrations, I’ll be doing some Holiday promotions for my new book, AGAINST THE ODDS, the seventh book in my Against Series. It’s in bookstores December 18, just in time for Christmas shoppers.


In the novel, Christmas was once the heroine, Sabrina Eckhart’s, favorite time of year, a holiday she and her mother always eagerly awaited--until Rina’s Uncle Walter died on his way to the house on Christmas Eve.


It’s the inheritance Sabrina receives from her uncle--an abandoned silver mine in the West Texas desert--that gives her the courage to ask her long-time nemesis, Alex Justice, for help.


G.Q. handsome and indecently rich, Alex is a private investigator and an ex-Navy pilot. Sabrina met him when he was helping with security for her best friend, Sage Dumont. Though Sabrina doesn’t like him, she knows he’s good at his job and she trusts him to keep her safe.


Alex is just the man she needs to fly her into the desert in search of her late uncle’s property. Desperate for money, she’s determined to find the mine and make it productive, even if it means putting up with the cocky jet jockey she finds annoyingly attractive.


I loved this couple. I didn’t intend to write their story until I saw the sparks flying between them in AGAINST THE SUN. I could tell they would be perfect for each other--though it takes murder and intrigue for them to figure it out.


I hope you’ll watch for AGAINST THE ODDS while you’re out doing after Christmas shopping. Warmest holiday wishes, Kat


P.S. What Holiday Traditions do you celebrate in your home?


Leave a comment for a chance to win a copy of AGAINST THE ODDS.

THIS CASE MAY PROVE TO BE TOO HOT TO HANDLE


There's silver out there: Sabrina Eckhart is sure of it. And when she finds the hidden mine on that big piece of West Texas desert, all of her financial problems are solved. That is, if she can find it. The man with the skills she needs is private investigator Alex Justice─a former navy fighter pilot and a current pain in the neck.


When mysterious "accidents" start to plague their search, it seems Rina's multi-acre inheritance might be more of a curse than a blessing. And yet, there's still something sensual about the heat...his arrogance...her stubbornness...being thrust into each other's arms by danger...But the vultures are circling, and if they don't watch their backs, the relentless desert sun could be the last thing they ever see.

Posted by Long and Short Reviews at 8:03 PM 3 comments 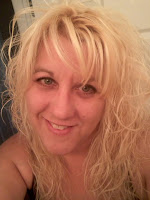 There is just something about the holidays that feels magical. The quiescent of gentle snowfalling outside as you sit indoors enjoying family, food and love. The tranquil moments parents get to enjoy seconds before their offspring burst into the room to unwrap all of Santa's goodies. The hushes words of love expressed without speaking a sound.


The entire holiday season is enchanting.


Holiday things that I love:


Reading, that should be no surprise seeing as how I am an author, but I love getting lost in the marvelous stories authors tend to weave with a holiday theme. Snowbound lovers-to-be, scorned companions who risk it all for true love, the proverbial 'kiss under the mistletoe' and the ambiance created allowing the reader to be whisked away.


Giving, whether it is gifts, laughs, or love. I am so there. I always prefer homemade, well-thought out gifts. Pictures of my wedding day made into a collage in a cheap picture frame, a memory book of special events... I can never get enough of sharing happy times.


Food (and the aromas), oh the food! The tantalizing smells from the kitchen of holiday cookies, the ham and all the trimmings and even the essence of pine from the tree- it all adds to the atmosphere and feel.

To help celebrate the upcoming holiday season, I want to give. I want to give one lucky commentator a PDF copy of my newest historical western release, Cody's Promise. Think controversy, 1898 Colorado and love all wrapped into a special gift from me to you.


Posted by Long and Short Reviews at 4:00 PM 6 comments

For many of us, the holidays are a time of insanity and trying to create the perfect holiday presentation. In all the hubbub and glitter, I think we often forget that Christmas isn't about the perfect placement of the cutlery, but rather, the placement of family.


Christmas, for me is about family, about celebrating with my son the wonders of the seasons. The driving around for hours, burning gas, drinking icy cold hot chocolate just to see the brilliant displays of lights. We get such a kick out of seeing the houses decorated, spending family time together, and knowing that's what the meaning of the holiday is.


It's not so much about who gets the best gift, or who can spend the most amount of money. Rather, for us it's about making sure that the ones who are closest to us understand and know that they're the best gifts we've ever gotten. Miracles are something that we often overlook because we're expecting something big, some glamorous display of magic with little thought to reality. Once a year we all get a chance to be reminded, the biggest miracle in our lives isn't the mansion we live in, or the diamonds on our fingers, or even the two vehicles in the driveway...but rather it's the children who run up and give us a hug. It's the smell of baking turkey and shortbread. It's knowing no matter what, we have gifts that have been bestowed upon us which can't be replaced by a trip to the store.


There are no warranties, no return policies, no instructions that come with the blessings and miracles we celebrate with the coming of the Christmas holidays. Instead, we have to look inward, to our faith, our hearts and find the true joy of our blessings.


To be entered into the draw for one of two ebooks (The Cowgirl's Christmas and Holiday Kisses - a Compilation of holiday themed shorts from Beachwalk Press's Beachwalk Babes) just leave a comment and the winner will be announced on December 23, 2012. Good luck.

Posted by Long and Short Reviews at 2:00 PM 5 comments